Dicky and Echo,the prototypes work well,we are going to bring you more orders very soon,thank you so much for your and your team's efforts.

Molly,Thanks for your team's hard work and cooperation, you are a good partner, I am impressed with your professionalism

Sylvia,the keyboards look great and work well,our customer like them very much

Iris,we have received the products,they work very well as expected,thank you so much for delivering them so quickly

Echo,thank you and others in KINGLEADER for your hard work,you have done an excellent job to work with us in the project

KINGLEADER TECHNOLOGY COMPANY is an ISO certified multifunctional enterprise. We are engaged in the R&D, manufacture, marketing and after-sale service of a wide range of innovative and rugged input devices and self-service terminals.

Moreover, offering OEM and ODM manufacture to customers is a major part of our business. We boast a group of experienced engineers and technicians who have diversified technical background. Therefore, we can make products according to your samples or ideas.

Superior quality and on-time delivery are the goals we constantly pursue. Customer satisfaction is our goal. For that purpose, we have implemented a stringent QC control system in line with ISO9001:2008. Each product must be tested before shipment.

Thanks to superior quality and good service, our products sell well both at home and abroad. We follow the principle of "cooperation, integrity, mutual trust, mutual benefit". We sincerely welcome inquiries from customers worldwide.

registered in Nanshan district,Shenzhen,City,Guangdong Province,it was a metal factory to

By 2000,the number of KINGSTAR’s customers increased to about 300,among them,about

In 2001,KINGSTAR attracted orders from some large-scale state-owned and privately

were from the domestic banking industry.

In 2003,our main products were sold to manufacturing and other industries,in which harsh

And in the year of 2003,KINGSTAR went global through selling its products to and appointed

distributors in some foreign countries mainly in the North America and Western Europe.

In 2004,KINGSTAR entered the business of touchscreen kiosk that was widely used in the

industry of banking,transportation and exhibition etc.

By 2005,the number of KINGSTAR’s foreign customers reached about 100,most of them were

from the North America and Western Europe.

In January,2006,KINGLEADER was officially registered in Nanshan District,Shenzhen City,

Guangdong Province,it took over all of the business of KINGSTAR and with the following

addition or change in business scope.

-Besides metal keyboard,it would gradually introduce and develop the business of rugged

-OEM/ODM would be provided,not only completely assembled products but also unfinished

parts would be supplied based on customer’s specific requirements.

customers from over 100 foreign countries,some of them approached us to discuss OEM/ODM projects.

During the years from 2008 to 2010,KINGLEADER was growing steadily and healthily,the

eventually exceeded that from selling standard products in 2010,accounting for 55% of its

Early in 2010,KINGLEADER designed and produced metal enclosure/stand for iPAD and tablet

,making it the first one who entered this business.

During the years from 2011 to 2014,KINGLEADER constantly received requests from existing

and potential customers for OEM/ODM projects,some of which were from the world’s leading

brands(due to the constraint of NonDisclosure Agreement,their names cannot be revealed

In November 2014,in order to cater to the need of more space for further expansion,

KINGLEADER was relocated from Nanshan district to Bao’an district,Shenzhen city

touchscreen kiosk and enclosure/stand for iPad/tablet

KINGLEADER warrants that all products are free of defects in material and workmanship, for a

period of one year from the date of delivery. During this period,

if a product proves to be defective in either materials or workmanship, KINGLEADER will at its

sole discretion:1) repair the product at no charge to the purchaser with new or refurbished

replacement parts or 2) exchange the product with a new unit. The warranty of any replacement

unit will be for the balance of time remaining on the original warranty.

The following is not covered under the KINGLEADER limited warranty:

2) Damage caused by use outside of specified ratings

4) Any products modified without the consent of KINGLEADER

5) Any product that has had the serial number defaced, modified or removed

6) Damage caused by connection to any other product

8) Damage incurred during installation or removal

10) Any other cause which does not relate to product defect

11) Any hardware upgrades after the date of delivery

In no event will KINGLEADER be liable for any damages, including,without limitation, lost

inability to use products manufactured by KINGLEADER

KINGLEADER’s facility. Purchaser agrees to pay shipping charges and to either insure the

product or assume the liability for loss or damage when sending the defective material.After

repair/replacement,KINGLEADER will send the repaired or replaced product back to the

such as R&D, mold-building, manufacturing and marketing, who have been in the industry for

from a few years even to over two decade. Moreover we have formed a very indestructible and

long-lasting relationships with our strategic partners and suppliers, which doubtless is another

important favorable factor contributing to our past, present and future success.

From its inception KINGLEADER has succinctly stated its corporate philosophy: People-Product-Profit (3P):

People: people is our most valuable asset, our people philosophy means that at

Product: We must provide our customers with superior quality products demanded by them,

or we have no reason to exist.

Profit: Profit is our lifeblood, we must produce a profit to remain in business.

Rationale behind the 3P philosophy is that: Take care of our people, they, in turn, will produce

superior quality products and deliver the impeccable service demanded by our customers,

who will reward us with the profitability necessary to secure our future.

People-Product-Profit, these three words are the very foundation of KINGLEADER 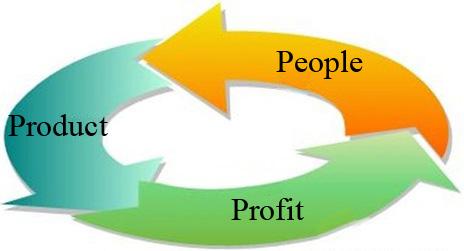 Management team: most of them have at least years of working experience in the industry

enterprises and multinational enterprises, making them not only familiarize with the trend of

development of today’s input devices, but also get closer to international markets. 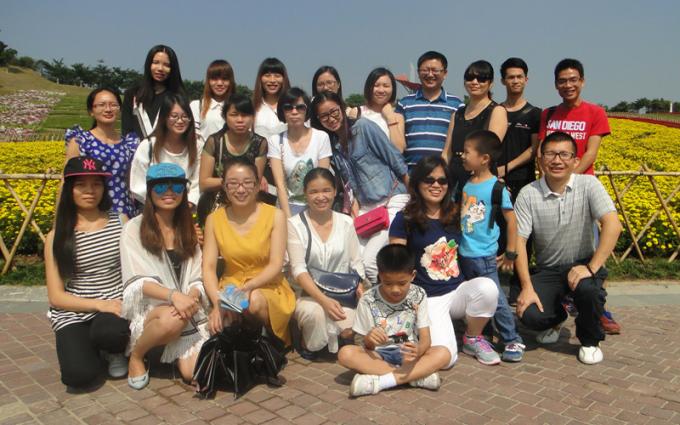 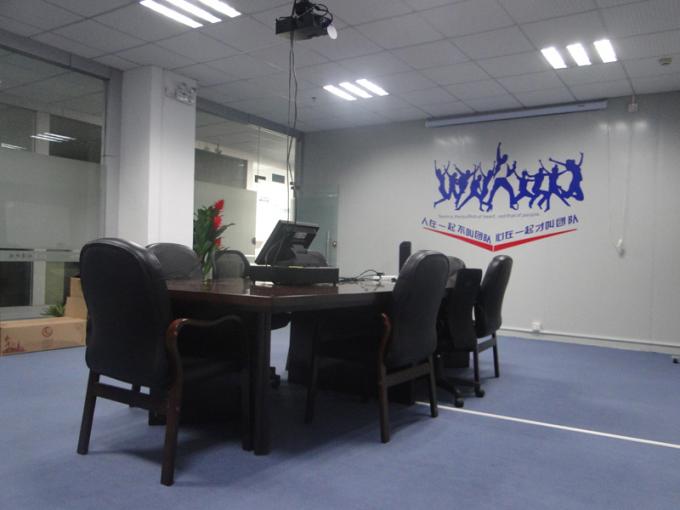 automation, electronics and artistic designing, they all have years even nearly two decade of

working background in the industry. 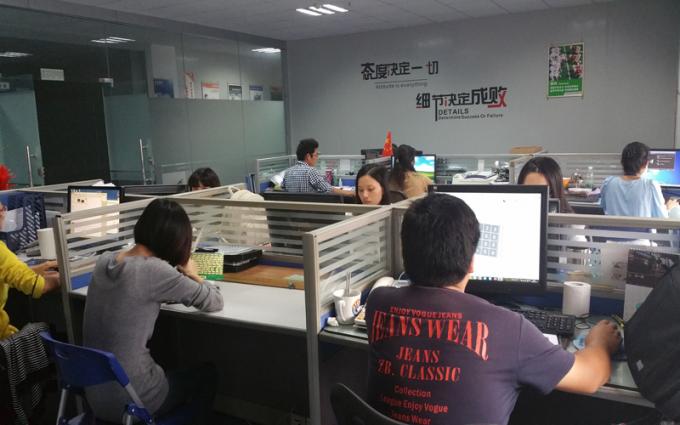 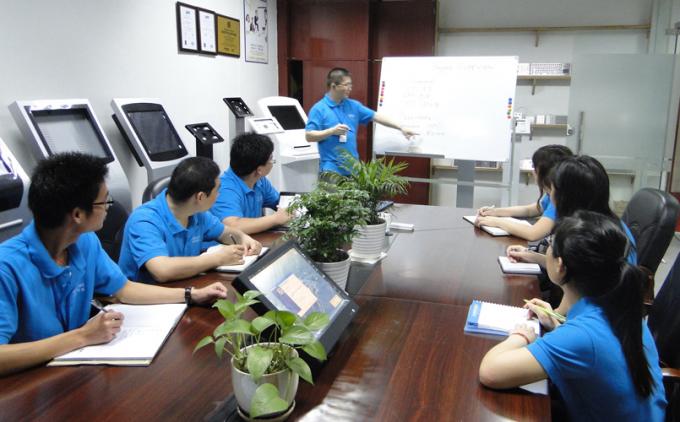 Marketing team: they all have years even over a decade of working experience in the

domestic and international sale of input devices, they are committed and responsive to

customers’ questions in fastest manner, they are well trained to attentively take care of 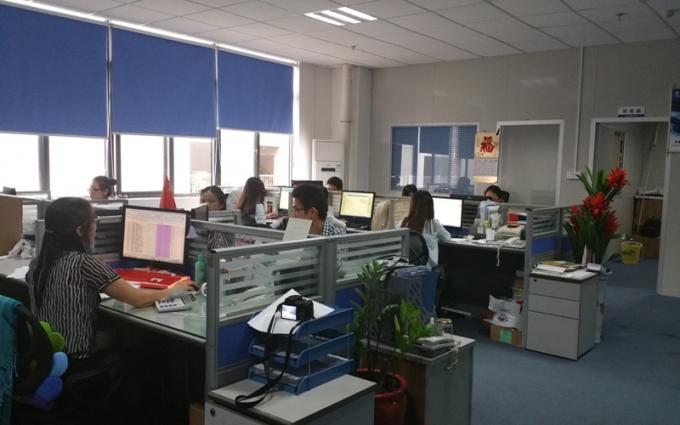 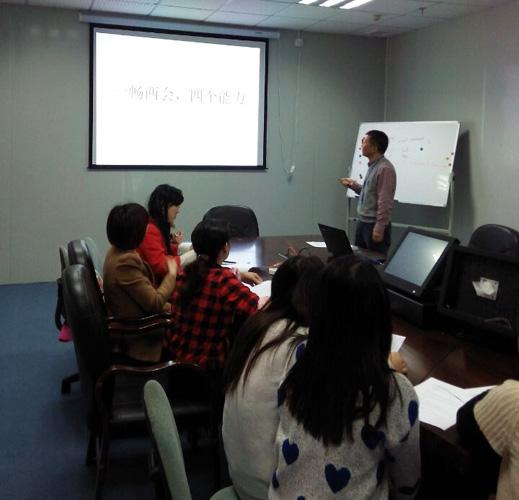 Quality control team:they have diversified eductional background and diversified working background as well,most of them had been working in the frontline of manufacturing industry for years even a decade. 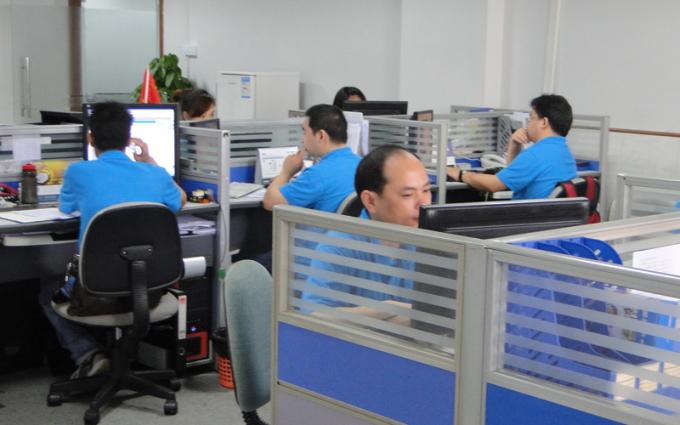 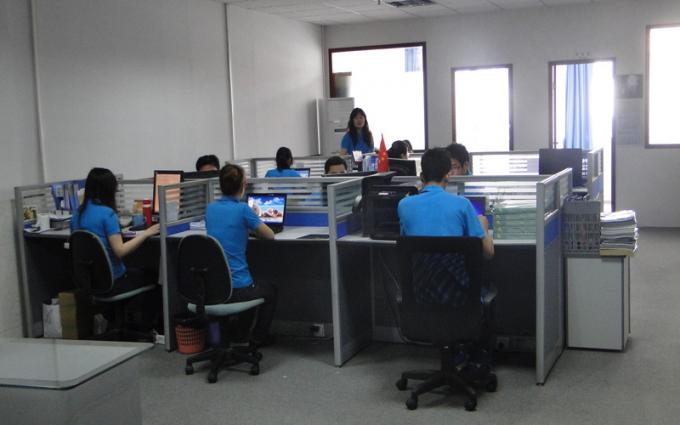 Poduction team:most of them are experienced technicians and skilful workers. 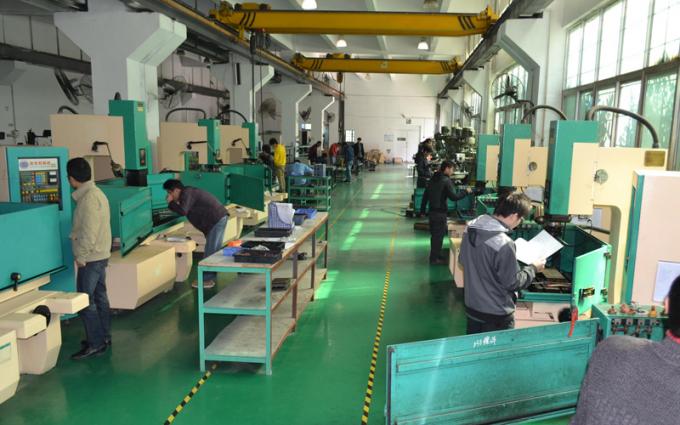 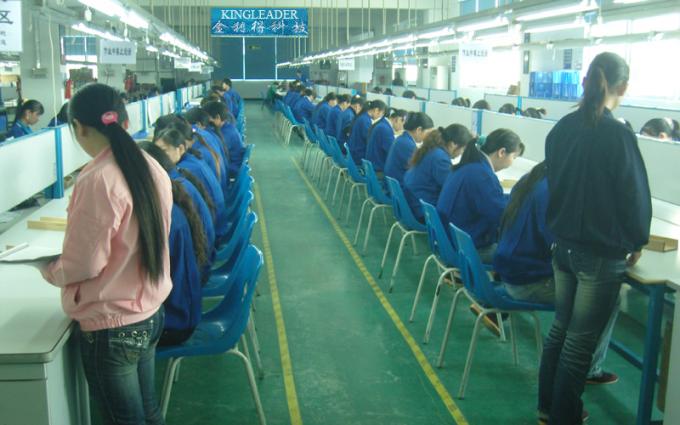 Other supporting team:they are well-trained and perform their duty effectively and efficiently